Words and Phrases Have Tremendous Power 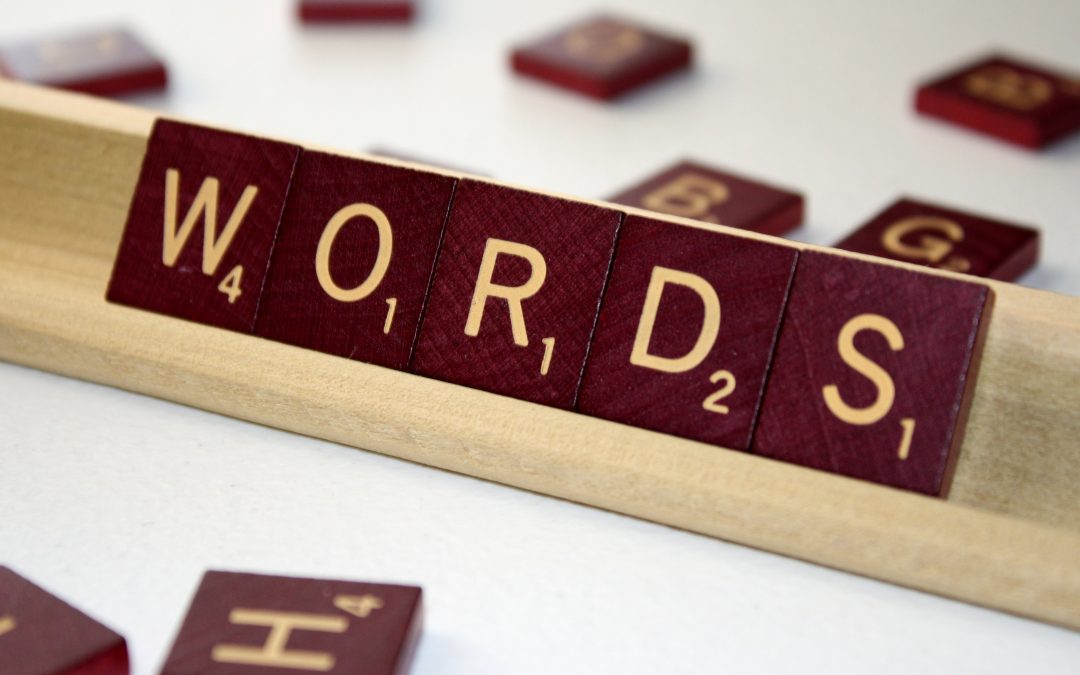 How much thought do you give to the impact of the words and phrases you say to yourself and others? As a writer and editor, I think about the words we use—a lot! Not only written words, but also the words we use in conversation, whether in self-talk or with others.

For instance, quite some time ago, in a conversation with a woman about her impending divorce, I was surprised by a statement she made to describe her marriage. Her comment reminded me that the words we use can have a tremendous impact on us, and yet, we often don’t even realize it.


As I look back at my own life, I can see how words have had an impact, often negatively, on me and others I love. Most of the time, the words and phrases spoken were not said with the intention to do harm, but there were times they did just that.

I remember long ago, when I was in counseling and my therapist stopped me as I was describing the emotions I’d been expressing the prior week. I told her I’d broken down that week and that I’d fallen apart. I’d had an emotional outburst. She pointed out that my use of these phrases was saying I’d done something wrong. I was judging my crying as a negative behavior. There was both shame and self-criticism in my description. Until she pointed this out, I’d never stopped to think about the messages I was sending to myself about me.


Fast forward a few years later to the birth of my twins. One of my identical twin girls weighed more than her sister at birth and has remained taller and bigger until this very day. When my girls were toddlers (and even in their early teens), some people made comments such as, “You were stealing all the food.” “You two aren’t identical, are you? You can’t be!” and “Oh, you’re the smaller one.” From early on, my girls received messages such as these from adults that probably didn’t realize the imprint it left on them—that there was something wrong with the way they were. And at an early age, one of my daughters asked to have her hair cut differently (so that there would be another way to differentiate her from her sister).

My own experience with breast cancer was another opportunity for assumptive statements such as, “Oh how lucky you were—you only had to have surgery (a mastectomy) and you didn’t have to undergo chemo or radiation.” “Oh, you just had to have surgery, that’s great.” “Are you in remission?” “How long have you been in remission?” “How long ago was your battle/your ordeal/your fight?” “Well, hopefully it won’t come back again too soon.” “Oh, so-and-so is a cancer survivor too!” And then there’s my favorite pet peeves: “You’re going to do the walk, aren’t you?” “What are you doing for breast cancer awareness month?”

All of these statements and questions contain judgments and assumptions about my experience and the labels I presume to attach to myself. For the record, I do not attach any of these labels—such as cancer survivor—to who I am. I am a woman who had an experience with breast cancer more than ten years ago. Today, I am grateful to know that that experience is now a part of my past. And I am grateful for what I went through because it set me on a path to where I find myself today.

Another woman I met a couple of years ago shared the pain she’d undergone as she attempted to come to terms with her teenage son’s recently diagnosed epilepsy and impending blindness. One of her most difficult challenges had been giving herself permission to grieve the loss of her son as she’d always known him. Yet, as she tried to give herself that permission, others frequently made such statements as, “Well at least it’s not cancer!” Again, she knew these were well-meaning individuals; however, statements such as these swallowed up the space she was trying to give herself to work through the grieving process.

So that brings me to the conversation with the woman about transitioning out of her marriage. She referred to her “failed marriage” as she described what was going on. That phrase was filled with judgment and a presumption that she and her husband had done something wrong. But who can presume or judge that anyone has failed at anything, even the two parties themselves? Is it possible that their marriage simply stopped working? Is it possible that they have each changed in ways that made their 30+ years together unsustainable?

By making such a statement—a pronouncement of judgment—to me (and herself), where was the space that would allow her to grieve and acknowledge the sense of loss she was clearly experiencing?

Where Does This Leave Me?

And where does all this leave me as I ponder the use of words and phrases? I guess it comes down to asking myself to pause before making a comment or asking a question. I don’t expect that I have to censor my every word, but I do expect to pause for a brief moment and see how what I’m about to say is sitting in my gut—to pay attention to my intuition and stay connected to my heart as I converse with another—be they friend or acquaintance, or even a stranger.

The more I speak from my heart—the more I attempt to make a heart connection with another—the more loving, kind, and gentle my words will be, and the more space they will offer the other person to share their experience with me, free of judgment.

What Do I Say to Myself?

Just as important are the words and phrases I say to myself about myself. It’s important to pay attention to the labels I attach to myself, keeping in mind the energy, thoughts, and feelings those labels bring to me. Whenever I contemplate my thoughts and feelings, it’s just as important to do so free of self-criticism, shame, and judgment. My feelings and thoughts are just that—thoughts and feelings that are ever-changing. The more I can observe them without judgment, the more I allow myself space to grow and expand.

And of course, as a writer, the words and phrases I set down on paper are equally important. Do they inspire and invite others to grow and expand, to feel their emotions, to experience and enjoy life, to be open to the lessons available? Or do they convey a message, even unconsciously, that leaves people feeling constrained, maybe even judged?

As Mother Teresa said, “If you judge people, you have no time to love them.” That includes ourselves!

And finally, one more quote: “Words in general and adjectives in particular have power. It is a power that comes in degrees or shadings. People and even societies can make value judgments on others just by the shadings of the words they use. Weird, strange, different and unique are really just different shadings of the same word but evoke completely different connotations when applied to individuals or groups of people.”  Mr. Prophet, from the book The Path.

May we all be more cognizant of the degrees and shadings of our words!